Getting Started in Interest Rate Futures

The difference in the face value of the 2-year note relative to the other Treasury futures contracts is due to fact that the U.S. government issues significantly more debt in the 2-year maturity than any of the others. Accordingly, there are more 2-year Treasury notes traded in the underlying cash market. In other words, the CBOT opted to list the contract with a $200,000 maturity face value to provide “economies of scale” for market participants. This translates into saving the hassle of paying an additional commission which is interesting and noble logic for an organization that survives on trading volume.

Many traders confuse Eurodollars with the Forex currency pair Euro/Dollar. They may sound the same, but that is where the similarities end. A Eurodollar futures contract is written on a 3-month interest vehicle denominated in U.S. dollars but deposited in off-shore banks. In its simplest form it is a Certificate of Deposit located in a foreign bank. Accordingly, the interest rates offered to Eurodollar holders (in the cash market) are relatively low due to the perceived risk of default being minimal. 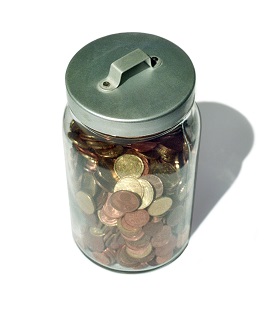 Together, the CME Eurodollar futures and options and lead the worldwide industry in open interest and based on daily trading volume, Eurodollars are considered the most liquid futures market in the world.

The contract size of a Eurodollar futures contract is $1,000,000, and similar to the other interest rate futures products, contract expirations are quarterly; March, June, September, December.

Eurodollar futures are quoted in handles and decimals and are simply an inverse of the corresponding yield. For example, a Eurodollar price of 97.50 implies a yield of 2.5%. This is figured by subtracting the contract price from 100 (100 – 97.50). Clearly, yields can’t go to zero, so we can infer that the Eurodollar will never trade at 100.00. Thus, as the futures price approaches 100.00, you should consider market fundamentals and technical analysis to construct a bearish strategy.

The point (handle) value of a Eurodollar is $2,500 and the tick value is $25; so a drop from 99.50 to 98.50 equates to a profit or loss of $2,500 per contract. The Eurodollar futures contract has a minimum price movement of a half of a tick, or $12.50 for most months but is a quarter of a tick, $6.25 for the nearest expiring month. This is likely because the near month Eurodollar futures contract doesn’t typically see much in the way of price change. The daily price change in the front month is typically less than 5 ticks, making it a great place for beginning speculators to get their feet wet. However, considered yourself warned, the deferred Eurodollar futures contracts will react more violently to changes in interest rates or climate. If your risk tolerance is low to moderate, stay with the near month.

Calculating the profit, loss and risk of any given Eurodollar position is different that that of the Treasury complex but is also less cumbersome. Before you begin your calculation, you can simply move the decimal point and multiply each (full) tick by $25. For instance, if a trader buys a December Eurodollar futures contract at 99.085 (99.08 ½) and later sells it at 99.290, the realized profit on the trade would have been 20.5 ticks or $512.50. The mechanics are the same as the other contracts; it is just the point value that differs (but don’t forget to move the decimal two places to the right).

The information included in this article certainly won’t make or break you as a trader, but without familiarity of the basic specifications of the contract that you are trading you aren’t giving yourself a fair shake. After all, awareness and experience may prevent you from becoming emotional or panicky while your hard earned dollars are on the line.