Currencies in which their valuations are highly dependent on the exports of commodities are often dubbed as “commodity currencies”. The Australian Dollar and the Canadian Dollar are perhaps the most commonly traded commodity currencies. For instance, a relentless rally in crude oil and other commodities are generally supportive of the value of the Canadian Dollar, but sharp commodity declines will drag these two currency futures contracts lower. This is because Canadian and Australian exporters will likely sell products in terms of their domestic currency. The increased demand for their commodity products will have a direct impact on the demand for the Canadian currency and thus favor higher valuations of the “looney”. In fact, for the first time in decades, the Canadian Dollar traded at par with the U.S. Dollar in 2007 at the height of the commodity craze, and again in 2011 on a similar run in the commodity asset class. 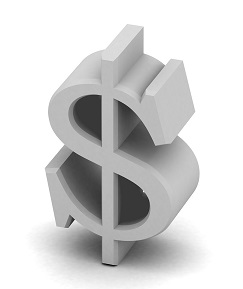 The Australian Dollar futures contract, often referred to as the Aussie, has a contract size of 100,000 Aussie Dollars. Consequently, the tick value of the contract is $10. Like the others, The Aussie futures expiration months are quarterly and there are no set price limits on daily trading.

Due to its convenient point value, risk and reward calculations can be figured by simply adding a zero or moving the decimal point one place to the right. To illustrate, a profit of 1 tick is equivalent to a profit of $10; likewise, if the market rallies 200 points a futures trader would be making or losing $2,000. For instance a move from .7298 to .7398 equates to 100 points, or $1,000 in profit and loss to a commodity trader.

The contract specifications for the Canadian Dollar are nearly identical to those of the Aussie Dollar futures. The contract size is 100,000 Canadian Dollars and the tick value is $10. Once again, working the math in this contract is as simple as adding a zero.

A trader that is short a Canadian Dollar futures contract from .7940 and subsequently gets stopped out of the position at .8400, the realized loss would have been 460 points or $4,600. Hopefully, you wouldn’t let your losses run to this extent but anything is possible.