The value of one futures contract is 125,000 Euro so each tick higher or lower changes the price of the contract by $12.50 and translates into a profit or loss to the trader in that amount. This is true of a majority of the currency futures. The Swiss Franc and the Japanese Yen share the characteristic of a $12.50 tick value.

Once you know the tick value of any particular currency futures contract, it is easy to compute the dollar amount of risk, profit and loss. For example, a trader that is long the Euro from 1.1239 and liquidates the position at 1.1432 would be profitable by 193 ticks or $2,412.50 (193 x $12.50). This is calculated by subtracting the purchase price from the sale price (exit) and multiplying that figure by $12.50. 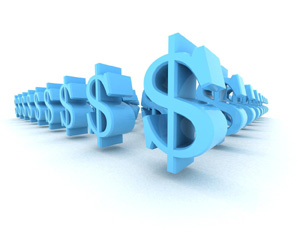 The contract specifications of the Swiss Franc futures are identical to that of the Euro. Accordingly, the contract size is 125,000 Swiss Franc and the tick value is $12.50. With that said, calculating risk and reward is also the same. The only significant difference between the Euro and the Franc futures contracts are the price at which they trade.

Therefore, a trader that is short the “Swissy” from 1.0375 (nearly at par with the U.S. Dollar) likely believes that the value of the Franc will diminish relative to the greenback. However, the trader may also want to place a stop loss order to mitigate the risk of being wrong. If the stop order is placed at 1.0440 the funds at risk would be $812.50 ignoring commissions and potential slippage in the stop fill. This is figured by subtracting the entry price from the stop price and multiplying by $12.50.

At this price, it takes about a little over $1.00 to purchase one Swiss Franc. If the Franc were trading at $1 it would be described as being in parity with the Dollar or simply “at par”.

The Japanese Yen is the most unique of the major currency futures contracts traded on the CME. The contract size is 12,500,000 Yen, yes that is right; twelve and a half million Yen. Despite the incredible contract size, the Yen has a tick value of $12.50 along with the Euro and the Swiss Franc. Thus, all calculations are treated in an identical manner.

On a side note, the massive contract size is necessary because the Yen is closer to being an equivalent to the penny than it is the dollar in U.S. currency.

The numbers are different, but the process is the same. A trader long the British Pound from 1.5732 but wanting to limit her risk to $1,000 would place a sell stop 160 points beneath the entry point at 1.5572. The number of points at risk can be determined by dividing the desired risk of $1,000 by the tick value, $6.25. Likewise, if the same trader later chooses to offset her long futures contract at 1.5643 (hopefully she remembered to cancel her stop), the realized profit would have been 71 points or $443.75. This is figured by subtracting the sale price from the purchase price and multiplying by $6.25.