Are investors too bullish in the stock market?

According to our charts the S&P futures could, and probably will, test resistance near 2285 and possibly as high as 2295. However, it is difficult to imagine prices traveling beyond these levels. At some point, probably sooner rather than later, the S&P could run out of buyers. This is generally what happens when market participants get too bullish. After all, if the majority of traders and investors are bullish they have probably already taken action.

Corroborating the premise that the market is "too bullish" and, therefore, "too long" are both the AAII Sentiment Survey and the Consensus Bullish Sentiment Index which suggest investor optimism is at an extreme. According to the American Association of Individual Investors, 46% of those polled are bullish and only 25% are bearish (the remaining are neutral). To put this into perspective, the historical average is 38% and 30%, respectively.

Similarly, the Consensus service suggests 74% of participants are bullish. A reading of 75% or higher is considered to be extreme. If you would like to sign up for a free trial of the Consensus service, you can sign up on our website:http://www.decarleytrading.com/free-offers/consensus-bullish-sentiment-index. 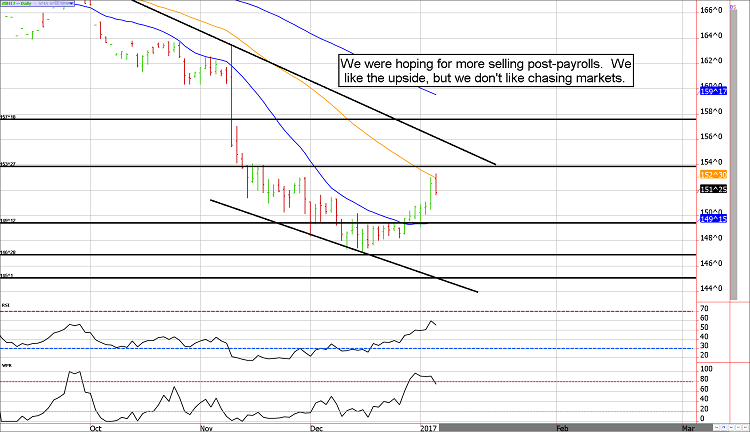 We are bullish Treasuries, but can't chase prices higher

We'll keep this section brief because there isn't a lot more to say other than the path of least resistance, in the long run, is likely higher but the short-term picture is questionable. As bulls, we'd love to see bonds and notes give back some of the rally so traders can establish positions from better levels. Chasing Treasuries higher is a tough game.

**Bond Futures Market Consensus:** Resistance overhead, look for another round of selling to get bullish. 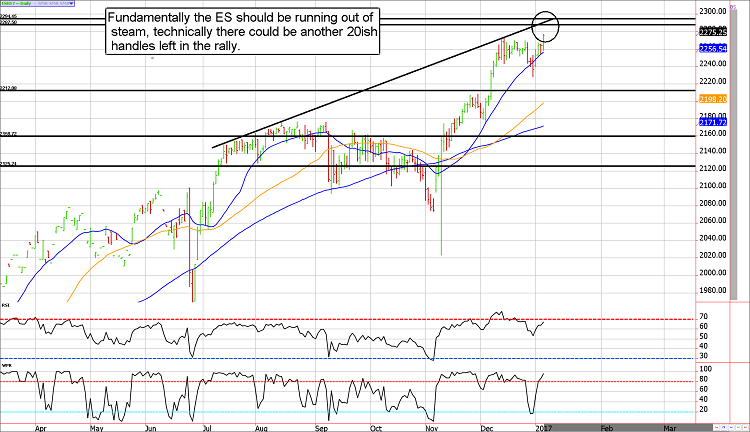 The Shiller PE created by Robert Shiller is a price to earnings ratio based on average inflation-adjusted earnings. Some sources refer to this as the Cyclically Adjusted PE Ratio or the PE 10. Regardless of the title used, it paints a picture of a potentially overheated market. According to this measure, the market has only been more overheated on two other occasions in history; the 1999/2000 dotcom boom and the late 1920s rally prior to the '29 crash.

The current Shiller PE reading is 28.19; during the late 90s it reached the low 40s and prior to the Black Tuesday crash it saw 30 but in all other occasions the ratio peaked. If history is our guide, this market is in store for a sharp reversal or an astonishing rally.

We are leaning toward the former, but wouldn't recommend betting the farm. We are playing it with the purchase of cheap deep-out-of-the-money put options. This strategy allows traders to have a foot in the door with low and limited risk.

We tend to be short-term bearish but the charts are no longer overbought so there is room for another round of buying. Stay tuned...

January 3 - Buy back January S&P 2290 calls to lock in a profit of about $300 per lot before transaction costs.