Once again, e-mini S&P buyers stepped in on the dip

Despite a lack of economic data in the US, the markets found a reason to bring the ES to 2100ish.

The economic data schedule was skimpy in the US this week so investors were focused on news coming out of China. Word of Chinese exports tumbling 10% while imports also softened by 1.9% triggered global selling in stock indices. However, as has been the case since early 2016 market corrections are merely a signal for dip buyers to put money to work. Overnight and early morning losses were quickly shored up by afternoon trading.

On the lows of the day, technical oscillators were suggesting the sell-off had gotten ahead of itself. As it turns out, they were right. However, the lack of volatility has become silly. A 50 point decline in the S&P shouldn't constitute an oversold market. 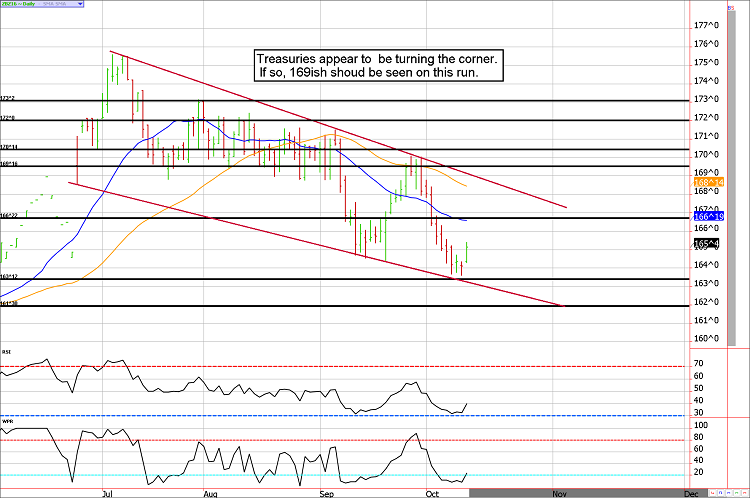 Bonds and notes have bounced nicely from yesterday's lows and have managed to hold technical support. It appears as though the best trades in Treasuries will likely be from the long side for now. After all, prices have tested the lower end of the trading channel and conventional wisdom suggests they could make a run at the upper end of the channel.

It is hard to believe 10-year note yield is roughly 1.71% after a substantial sell-off in the complex. In other words, 1.71% is relatively high and could lure buyers! The 30-year bond is hovering in the 2.5% area.

As the election creeps closer, the financial markets could begin to experience turbulence. If so, this should be supportive to Treasuries.

**Bond Futures Market Consensus:** Technically seasonals are weak until Friday, but it seems the selling has at least lost momentum. We think any large dip is probably an opportunity for the bulls. 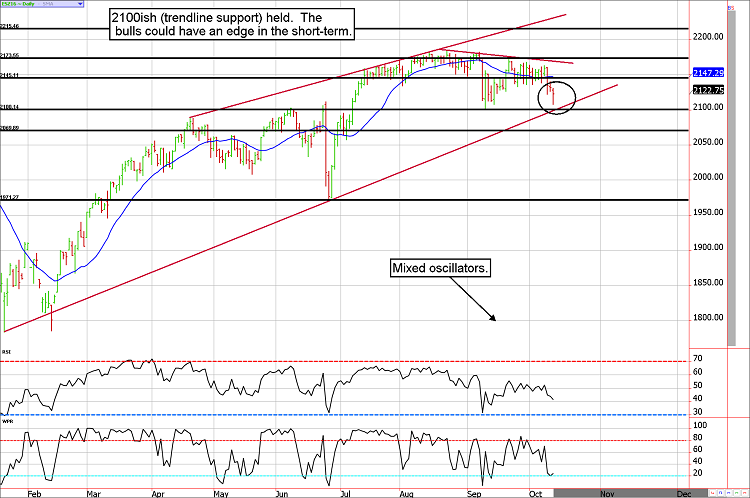 The ES is at a major crossroads

Strictly from a charting perspective and ignoring the election, the market is at a major crossroads. Above 2130 is undoubtedly bullish but if we break below 2100 it is highly bearish. Unfortunately, trading and speculation isn't as simple as disregarding peripheral factors.

The election could get wild. If Trump wins, the market will sell first and think later (this is not a political statement just an observation of how the market has been reacting to swings in the polls). We've spoken to a handful of traders convinced the polls are wrong and Trump will pull off an upset. They are buying puts in the e-mini S&P and calls in gold. It will be interesting to see what happens. But we know even risk going into the election should not be underestimated. Similar to the Brexit vote in June, the market is expecting a certain outcome so if the opposite occurs it could be a temporary shock.

September 20 - Sell the January soybean 10.60 calls for about 15 cents to take a quick profit.