OPEC failed the markets, but a Kuwaiti Oil worker strike came through

It was only a matter of time before the overly bearish supply fundamentals in crude oil were overshadowed by a supply disruption at the hands of Mid-East turmoil. What some believed on Sunday night was the beginning of another precipitous crude oil decline, quickly turned into a sharp energy rally on news of a Kuwaiti oil worker strike. Adding fuel to the fire was a report released this morning by the U.S. Energy Information Administration suggesting distillate stocks (heating oil/diesel/gasoline) experienced small declines. Remember, commodity markets don't need an actual change in fundamentals to turn things around, they just need the perception that it is possible. In other words, crunching supply and demand data isn't going to change momentum.

The direction of crude oil matters to financial futures traders because it is was a big weight on equities earlier in the year. Higher energy prices eases concerns of contagious debt defaults in junk bonds, and could eventually put layed off shale oil workers back on the job.

Treasuries are struggling, but support looms and potential weakness in the ES could provide support 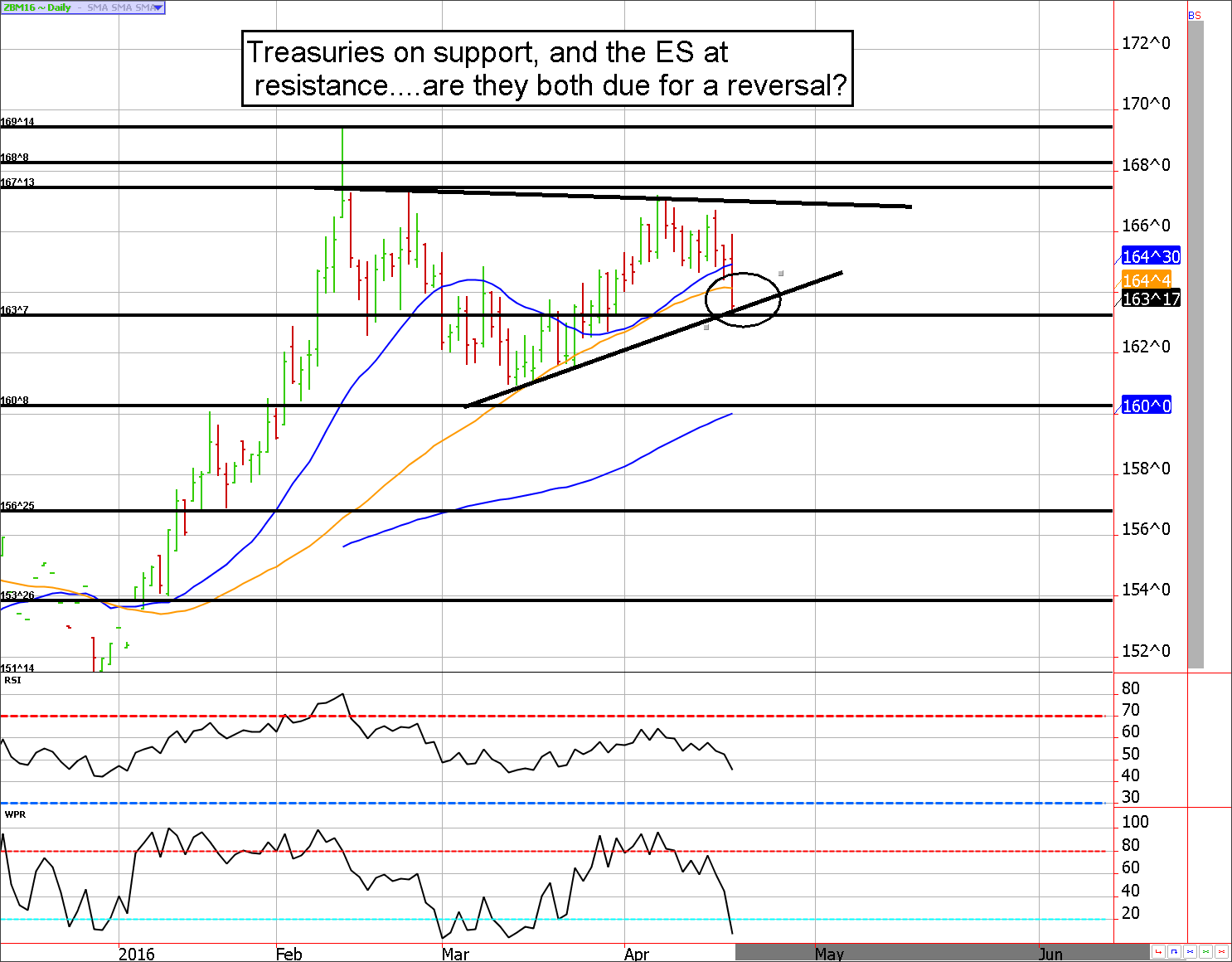 Tomorrow's ECB meeting was cause for concern for many traders. We believe much of today's bond and note selling can be attributed to anticipation of further stimulus by the ECB. The currency market behaved with the similar mindset, forcing the euro lower against the dollar.

We will likely know the fate of the currency market tomorrow, and that could also determine the direction of Treasuries. A lower dollar should be bullish for bonds, but a stronger dollar will be bearish.

**Bond Futures Market Consensus:** Stocks are overstretched on the upside, and Treasuries are on support. It is now or never for a reversal.

It is hard to believe the ES has traveled 50 handle from Sunday night's open! 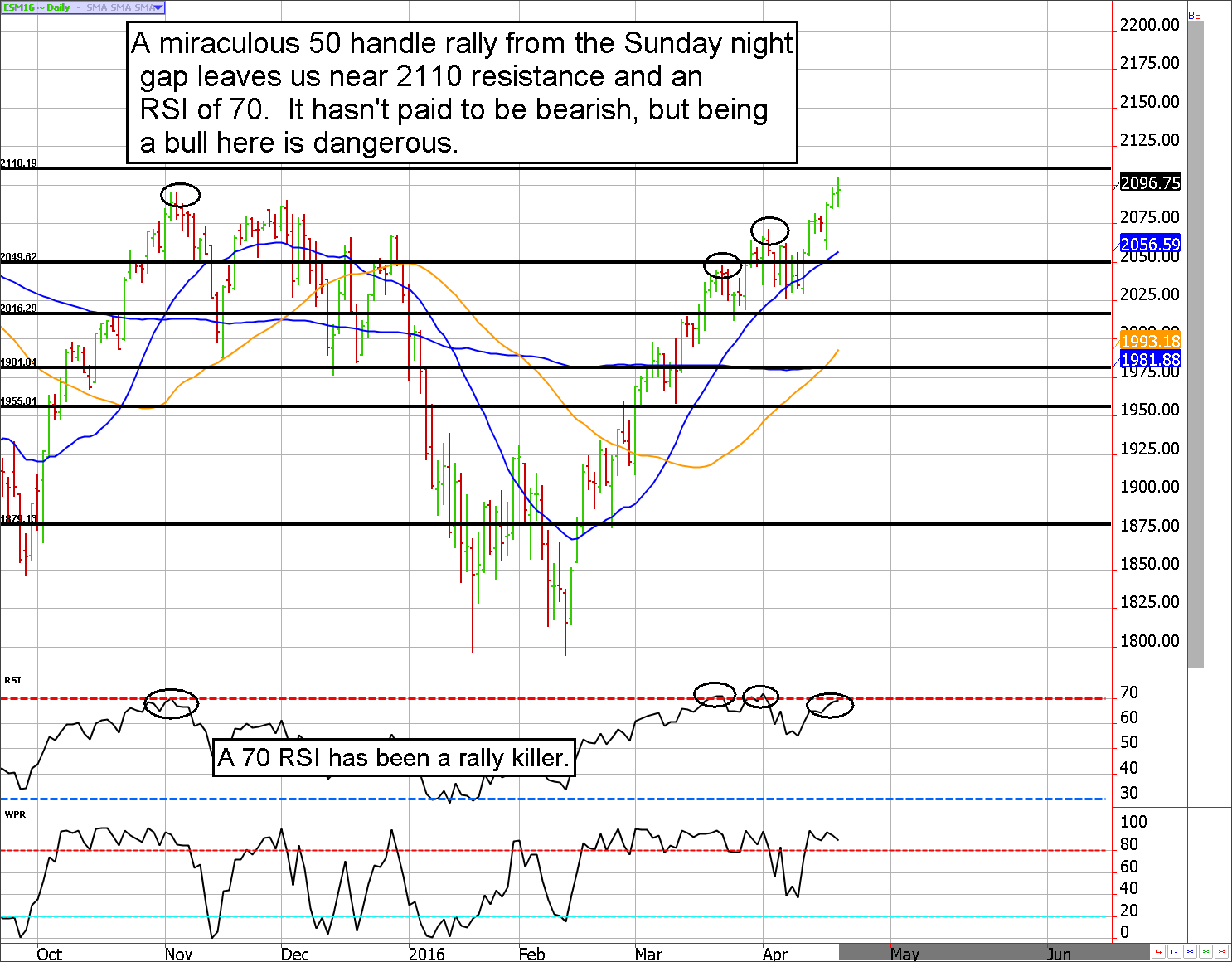 It certainly hasn’t paid to be a bear, but being overly bullish "up here" is dangerous. The Relative Strength Index (RSI) on a daily chart of the S&P 500 is hovering near 70, which has been like kryptonite for rallies. Also, 2110 to 2115 should be heavy resistance. At minimum, it should trigger some sort of pullback to digest the recent gains. Active futures traders know, the e-mini S&P 500 has traveled 50 handles from the Sunday night gap lower following a busted OPEC meeting, that’s probably “too far too fast” for this market. The bulls probably should be protecting profits, and if you are a bear it might be worth adding on near 2110 to 2115.

**e-mini S&P Futures Market Consensus:** 2110 to 2115 is the "do or die" level in the ES. Bulls should be protecting profits, bears should be looking to get aggressive.