ZB futures should bounce, and the ES soften early next week

GDP surprises to the upside, but weak oil futures going into the weekend negates the benefits

Stronger WTI crude oil futures trade overnight, and the flirting of an upside breakout, had the ES buyers in full bloom. However, the crude rally was rejected by technical resistance and later in the day suffered from a smaller than expected decline in operating rigs in the U.S. Accordingly, the U.S. equity indices failed to hold overnight gains.

On a positive note, the second estimate of second quarter GDP was reported at 1%. Under normal circumstances, this would be a disappointment but in today's sluggish environment it could almost be categorized as a blockbuster report. To boot, personal spending and personal income ticked higher along with the final reading of Michigan Sentiment.

This is the first time, in quite a while, we've seen a string of positive economic data. Until now, the trend has been for good news to be followed by bad. Now that data is firming up we have a hard time believing the S&P will revisit the low 1800s any time soon. Nevertheless, the last few trading days in February are normally weak, so we could see a few days of back and filling before heading higher. 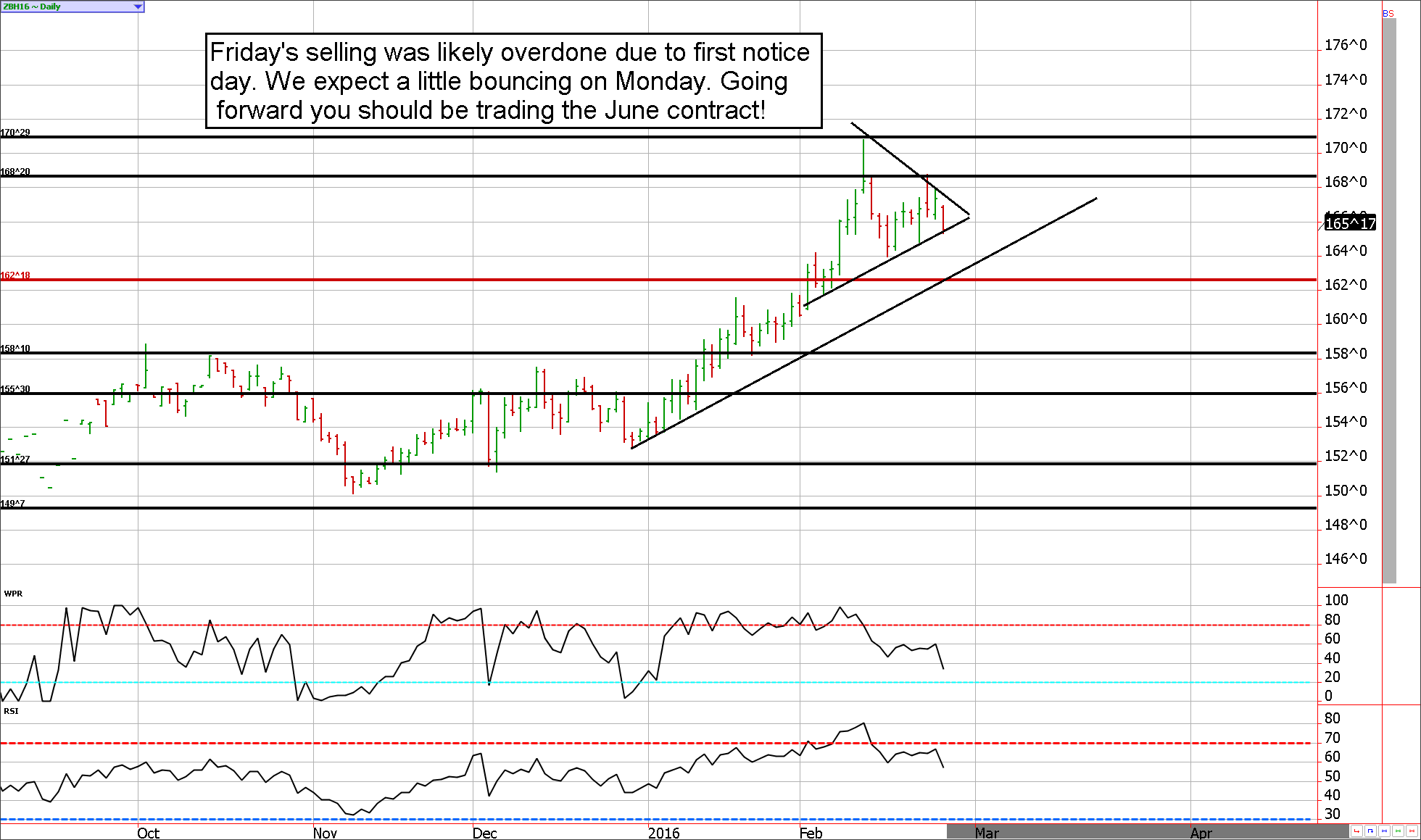 It wasn't all that surprising to see bonds and notes sell off sharply. Monday is first notice day for the March contracts, so traders long the market had to liquidate (sell) today. Yet, traders short the market are free to hold into next week if they are willing to accept the fact that liquidity will eventually become an issue. Nevertheless, with prices so lofty on the close of trade yesterday and time being of the essence, it makes sense that traders were squaring positions in haste with little regard to price.

Accordingly, we expect a temporary bounce back next week as the stock market digests recent gains, and Treasury traders look to possibly get back into the long side of the market. Keep in mind, large speculators came into the week mildly long, and have probably added to positions (although we won't know for sure until we get an updated COT report).

***These figures are based on the March contract, we will begin charting June on Monday. You should be trading June going forward!** 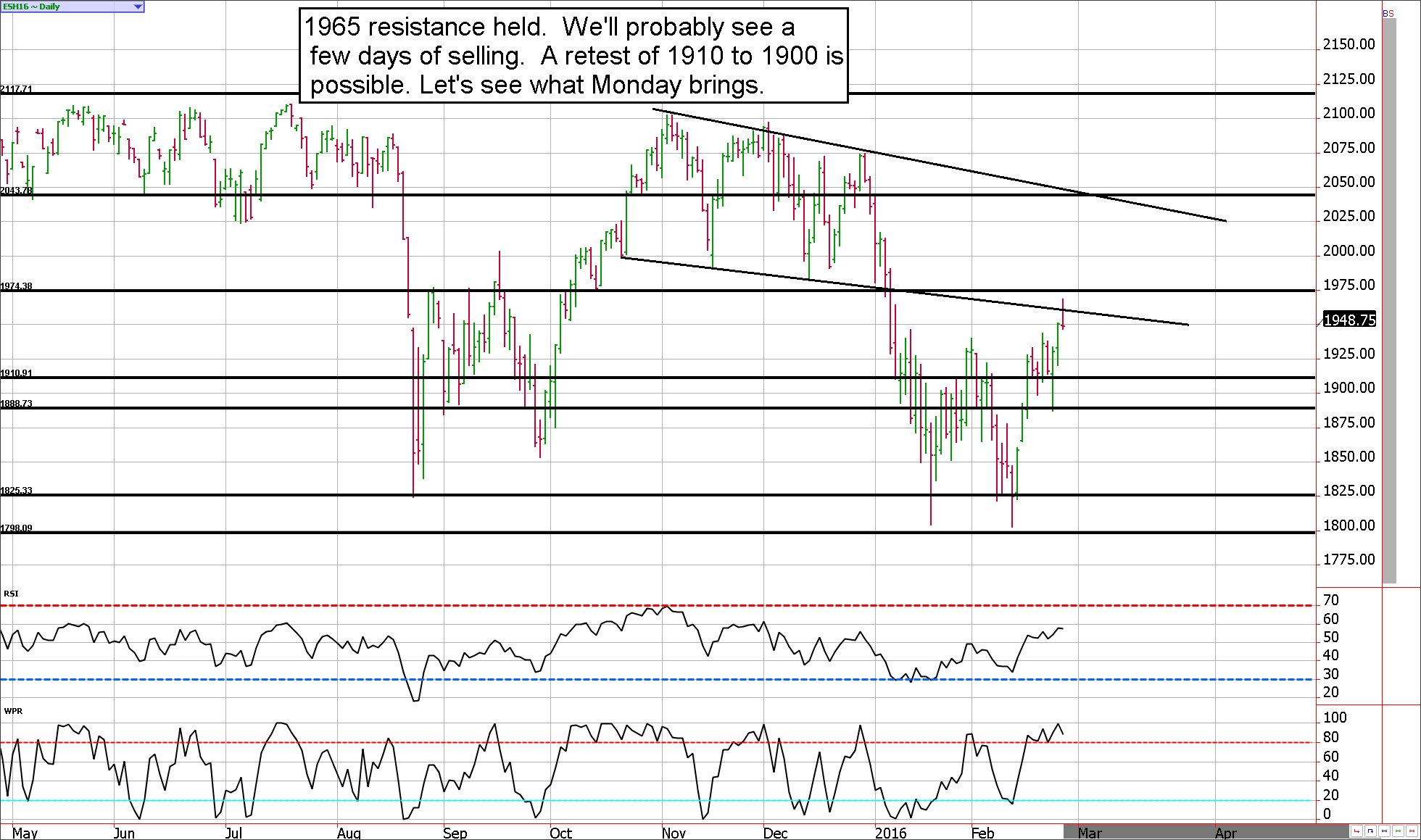 1966 came and went, the ES futures will probably pull back temporarily

The upside technical target for this rally has been met for now. Historical stats, and the charts, suggest there will most likely be a bit of a pullback from here. We believe the selling will be temporary, but it could be as deep as 1910 to 1900.