For Futures Traders, the Countdown to the Fed is on

Six days from now we'll finally find out whether or not the Fed believes initiating a rate hike is a good idea. The investment community is polarized by the debate, and it seems the Fed might be too. We are still of the belief that they won't be looking to make any moves until the October or December meeting (most likely December), but either way the impact on the economy will be minimal.

Even if they raise the overnight borrowing rate a full percentage point over the next year, funds will be historically cheap. With that said, we will likely see a knee jerk reaction to the first rate hike but that doesn't mean the actual value of financial assets have changed. More often than not, equity markets moved higher overall in the early stages of a rate hike campaign. 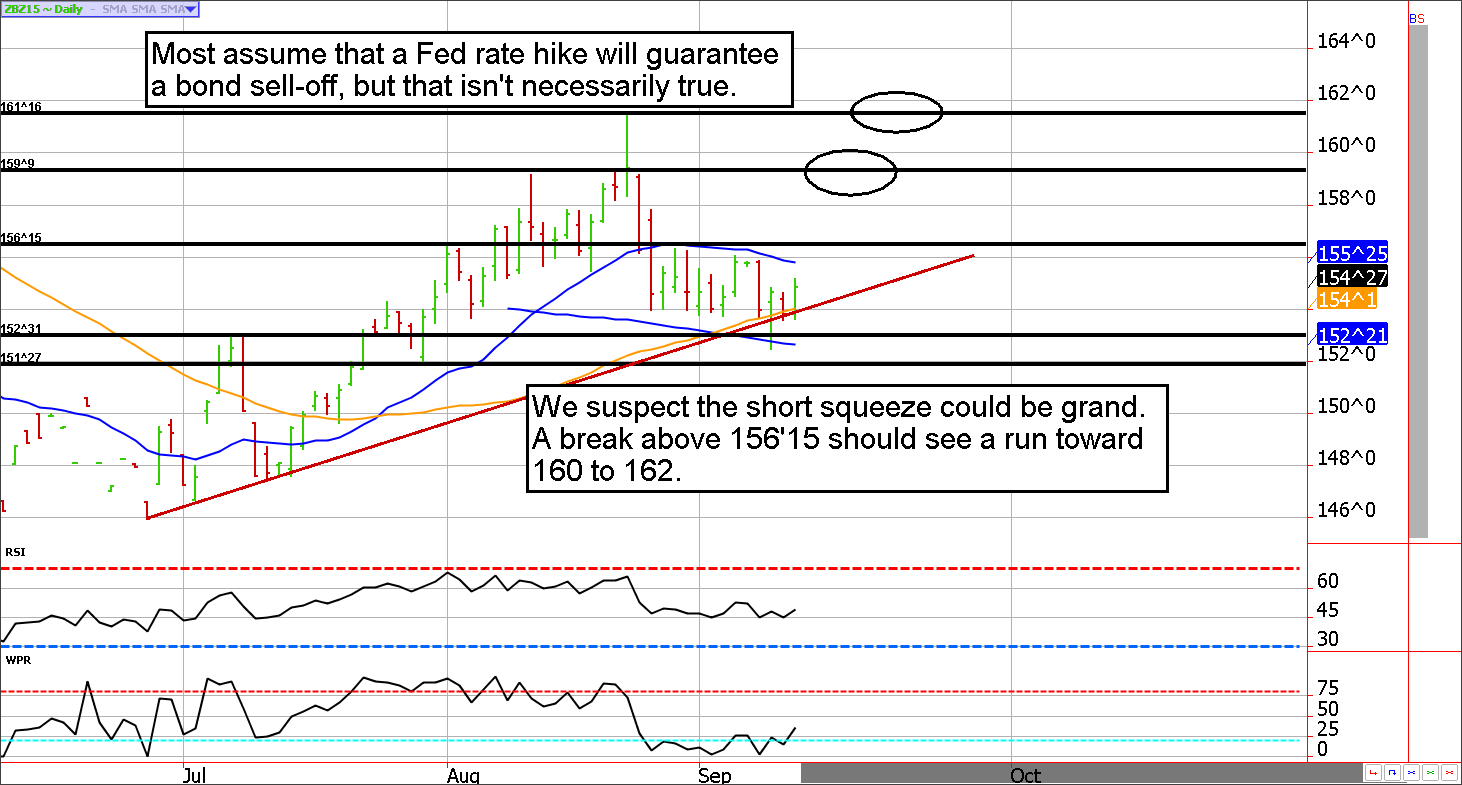 It is easy to assume Treasuries will move lower in the face of a Federal Reserve Rate hike. However, the markets just aren't that simple. Generally speaking, market participants price in well-telegraphed events far before they actually occur. I'd say the rate hike the markets have been agonizing over for several months could be categorized as well-telegraphed.

It has been a while since we've seen a rate hike....or a change in interest rate policy of any kind. However, we've seen several rounds of QE which were often met with selling in Treasuries despite the fact that it was a program intended to support prices. In other words, we shouldn't judge a book by its cover.

For now, we continue to believe the best trades in bonds and notes will be from the long side on large dips.

**Bond Futures Market Consensus:** It feels like the bulls have an edge. We'll be looking for 160ish in the 30 year bond, and maybe even 162.

ES Futures are Holding up Surprisingly well, but Gravity could take hold Sooner Rather than Later 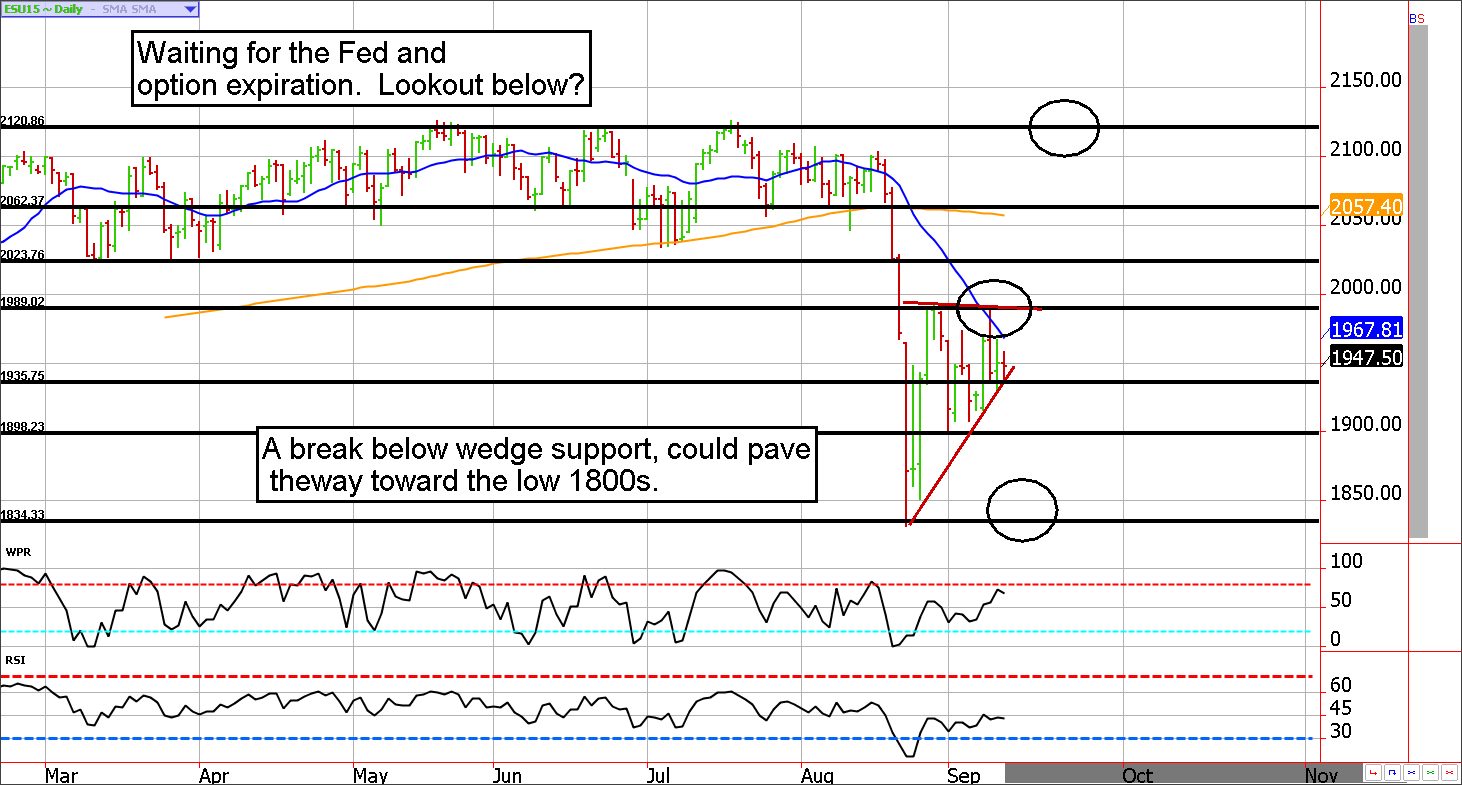 Normally, the Fed and options expiration have a positive effect on trade. We rarely lean against the stats, but we can't help but approach the assumption that these two events will support prices next week with skepticism. Particularly, because we have a feeling the traders under pressure going into option expiration are those that are short puts.

In recent years, we've grown accustomed to a market that moved perpetually higher. During that time each option expiration was met with futures contract buying as option traders scrambled to get long the ES to hedge the risk of their short call options. However, in light of the late August tumble, we have a feeling we'll see the opposite type of option related reaction in the futures markets (selling).

In a nutshell, we'll be looking for a break below the wedge support pattern near 1935. That should get the ball rolling for a retest of the low 1800s. If we are wrong about a downside breakout, an upside break above 1990 could lead to whirl wind buying toward 2100!

**e-mini S&P Futures Market Consensus:** Another probing low could be seen. A break below 1935 could get ugly.

September 11 - Exit the sugar 1225 puts to lock in a loss of about $800ish before transaction costs on the trade (this includes all legs and assumes the long call expires worthless).